Yes, it is very possible to convert an abandoned building into public housing for the Homeless, but given the legal complexities of owning property, it is exactly as hard as it seems. Homelessness has been on the rise in American cities since the start of the recession, but it is not for lack of housing. According to some reports, there are now an estimated five vacant properties for every homeless person in the U.S., many left empty as the result of the foreclosure crisis.

Note that during the real estate boom in the early 2000s, eager investors snapped up properties in all kinds of neighborhoods in order to rehabilitate them and put them on the market; however, when the economy took a turn for the worse, a good percentage of those property owners were no longer able to sell the homes or even afford the upkeep on those properties they’d once hoped to flip.

Therefore, home foreclosures and rates of home vacancy dramatically went up. Run-down and abandoned homes can make an entire neighborhood look bad. Trash, overgrown grass, and pest problems can spill over into neighboring properties. But abandoned houses can be more than just an eyesore – they can be safety hazards and hotbeds for criminal activity.

After you must have filed the complaint, a code enforcement officer will seek out the property owner. If he or she can’t find the owner, you might be stuck with the abandoned structure even longer. The house will remain abandoned until the government can seize it for back taxes. But if the home is in foreclosure, it might take a while to figure out which bank is responsible for the property.

Note that even if the person or entity responsible for the house is tracked down, there is no guarantee that the property will be demolished. If the home is put up for auction, it will be up to the new owner to decide what to do with the house.

Even though the process of getting the government to take action on an abandoned house might be daunting and frustrating, it is imperative to be persistent. Keep records of your correspondence and get your neighbors involved as well. The more people that speak out, the better chance you’ll have of being heard and protecting your neighborhood.

Some see abandoned houses as an eyesore – others, as an adventure. However, there are some models for converting vacant housing into space for the Homeless, and they include;

Under the Title V program (part of the McKinney-Vento Homeless Assistance Act); the federal government mandates that empty or “underused” properties that it owns be made available to homelessness advocacy organizations.

Every week, a list of the available properties is printed up in the Federal Register. Non-profits (along with state and local agencies) are allowed to submit a proposal for how they’d like to use the space. Note that if the Department of Health and Human Services approves the application (they have 25 days to do so), the property is transferred.

Between 1988 and 2003, 91 such properties (worth some $105.4 million) were handed over to help the homeless. One of them, in Little Rock, Arkansas, was a former VA hospital converted into an apartment complex for homeless families. Also, note that the facility now offers job training and child care includes over 40 units of housing.

There is also the 1994 Base Closure Act, which converts closed bases into homeless housing (run by a local redevelopment authority). Indeed, it is a decent model for state and local governments, but converting privately owned homes is much, much more complicated.

A large chunk of the current vacant housing stock is made up of homes that were foreclosed upon, meaning they are now owned by banks. Banks, without doubts, don’t want to hang onto vacant properties any longer than necessary lest they get stuck with additional property tax bills, and it is hard to act as a landlord for thousands of homes across the county.

Have it in mind that some banks have solved this by bulldozing foreclosed homes and giving the property over to the city. Bank of America, for instance, donated 100 lots in Cleveland after bulldozing the properties; they’ve made contributions like that in Chicago and Detroit.

Other banks have done this as well. JPMorgan Chase donated roughly 3,300 homes to nonprofits or municipalities since 2009, according to a bank spokesman. Last year, Citibank donated 205 properties.

Wells Fargo gave 100 properties to the Cuyahoga County Land Reutilization Corporation. Municipal governments like Cuyahoga County prefer the empty land, in a lot of cases, since they can assemble bigger parcels for development or park use. And banks say it is more economical to knock the houses down than fix them up.

All abandoned houses technically are owned by somebody. If you go into the house without that person’s permission, you are trespassing. If caught, you could end up paying a fine or even spend some time in jail. Howbeit, it is very possible to convert an abandoned building into public housing for the Homeless, but given the legal complexities of owning property, it is exactly as hard as it seems. 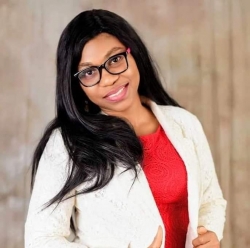