Do you want to add chocolate bars to your inventory? If YES, here is exactly how much profit you can make on a bar of chocolate as a store owner.

The all-time favorite confection recorded retail sales of about 98 billion U.S. dollars worldwide in 2016. In that year, 36 percent of all chocolate sales were generated in Western Europe. Reports also have it that Switzerland had the highest chocolate confectionery consumption per person of any other country.

On average, every Swiss citizen consumed about 8.8 kilograms of chocolate in 2017, with the united states coming in at the nineteenth position at 4.4 kilograms per person. Selling chocolate bars can help increase your stores profit margins, and the best way to maximize selling potential is to come up with a solid plan of attack for optimum sales.

Also, make a good calculation of the price you want to charge, based on the amount you are paying for the chocolate. Advertise prior to the sale. A good visual is sometimes all it takes to persuade someone to try something new. Try laying out a few candy bars for people to see. Open one so people can look at and smell the chocolate. The smell alone can persuade someone who is hungry and happens to be passing by.

How Much Profit Does a Store Owner Make on a Bar of Chocolate?

In the retail industry, the profit you make from selling a bar of chocolate will depend largely on the product markup and your mode of retailing. A standard markup is known as a keystone markup, which defines the percentage for marking an item for sale.

The keystone markup more or less represents a 100 percent markup of the item’s cost or 50 percent of its sales price. Note that most markups in retail sales start at 100 percent or larger, except in limited situations when customers buy in bulk or from grocery stores instead of making impulse buys.

A lot of chocolate lovers prefer to head to the closest supermarket when seeking a wide variety of types and package sizes. These stores represent some of the lowest markup percentages around. With a gross profit margin of roughly 50 percent, which equates to a total of 25 percent of the sales price, this represents less than the typical keystone markup?

But, bulk food stores that offer wholesale prices to its customers will often offer the lowest markup on candy. These stores may offer a markup of candy for non branded items at an estimated 14 percent and branded items at 15 percent, expressed as either 1.14 or 1.15 times the original price. Although many of these membership stores have customers who do not resale these items, customers can save by buying in bulk.

Howbeit, selling chocolate through vending machines represent a different market altogether. As a general rule, vendors multiply the candy’s wholesale price by 1.75 rounding to the nearest nickel, representing a markup of 75 percent over the wholesale price.

This is a lower profit margin than many other vending-machine items, which motivates vendors to keep the candy options in machines as limited as possible. Other vending machine markups include multiplying the item by 2.20 and rounding to the nearest nickel.

Movie theaters are another place to earn 40 percent of your income from candy and concession sales. Popcorn, for example represents a 1,275 percent markup over its cost, while chocolate represents a markup from 300 to 400 percent.  A one pound box of fine chocolates can run as high as $30.

For more ordinary chocolate, expect to charge around $7 to $10 per pound. If you add special occasion packaging, tack on an additional 10% to the price. As a storeowner, you will enjoy profit margins between 55 to 75%.  Your total profit for a year will depend entirely on the volume and type of product you sell. 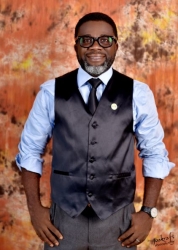 Solomon. O'Chucks
Researcher / Senior Writer at Profitable Venture Magazine Ltd
Solomon O’chucks is a Researcher, Prolific Writer and a UNICEF trained & Certified Facilitator and Counselor, A Graduate of Morris Cerullor School of Ministry and He Holds a Degree in Personal Development & Science of Success from IIGL Asheville, NC, USA.